by CRYPTO
in Blockchain
0 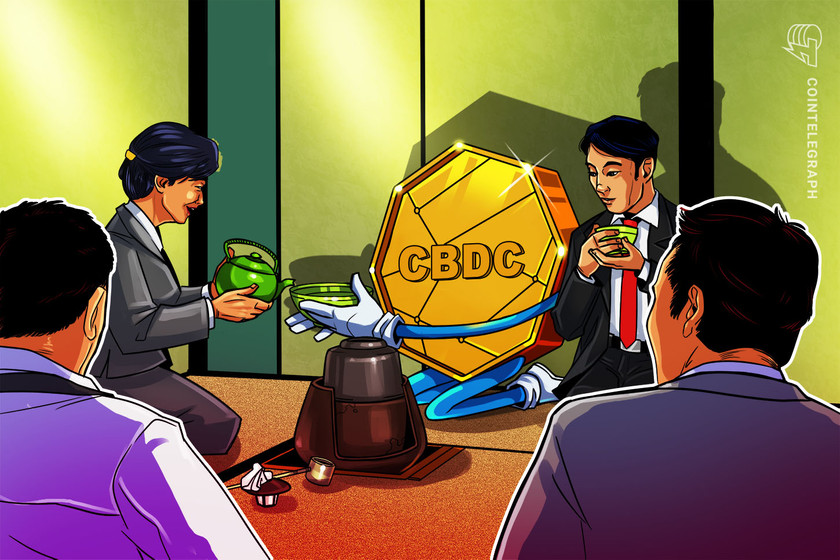 Several major banks across Asia have joined forces to construct a cross-border central bank digital currency, according to a joint announcement issued on Feb. 23.

Dubbed the Multiple Central Bank Digital Currency Bridge — or m-CBDC — the project sees the Hong Kong Monetary Authority, the Bank of Thailand, the Central Bank of the United Arab Emirates, and the Digital Currency Institute of the People’s Bank of China combine to create a CBDC prototype using distributed ledger technology.

Building upon the “Inthanon-LionRock” research project started in 2019, the latest phase of the exploration into CBDCs will develop a proof-of-concept to “facilitate real-time cross-border foreign exchange payment-versus-payment transactions in a multi-jurisdictional context and on a 24/7 basis,” states the announcement.

The stated aim of the project is to address “pain points” in conducting cross-border transfers. These include cost inefficiencies and the complex regulation which accompanies moving money from one country to another.

As previously described by the deputy governor of the Bank of Thailand, Mathee Supapongse:

“The model offers a cross-border corridor network where participants can transfer funds instantaneously on a peer-to-peer basis and in an atomic PvP manner. The design and key findings of the project have added new dimensions to central bank communities’ studies on cross-border funds transfer area.”

The central banks taking part in the project hope to attract more institutions into the scheme and aim to create a more conducive environment for the exploration of CBDCs in Asia and beyond.

The rapid emergence of cryptocurrencies in recent years has forced the hand of numerous governments and central banks to create a digital alternative to decentralized coins like Bitcoin (BTC), Ether (ETH), and many others.

The inability of governments to control or track the flow of cryptocurrencies will undoubtedly see CBDCs become commonplace in years to come. China is ahead of the curve in regards to CBDC creation and is already testing biometric ID hardware wallets for its digital yuan.

A few months following a Cardano integration, the DLT project Wolfram Blockchain Labs (WBL) has done the same with...